Jim Spano and Vito Cardinale just might be the dream team.

Spano serves as Managing Partner at Spano Partners Holdings LLC, a New Jersey-based real estate investment firm with a focus on renewable energy projects, while Cardinale heads up Cardinale Enterprises, a real estate developer with a diverse portfolio of commercial and residential properties across the Garden State.

The two are now partnering on Adventure Crossing USA, a sprawling 300-acre sports and entertainment complex in Jackson Township that will be New Jersey’s largest real estate development to date.

The complex, located immediately next to Six Flags Great Adventure and slated for a September opening, will include a massive domed indoor sports arena, hockey rinks, a golf driving range, trampoline park, sports training facility and outdoor turf fields. The venue will also include an outdoor stage and entertainment areas, several hotels, a convention center, shops and restaurants. The complex will be powered by renewable energy generated on-site via a solar microgrid and a combined heat and power (CHP) plant.

But its the mission behind the project that really sets it apart.

“Vito’s goal from inception was always to develop a medical center to cure multiple sclerosis (MS), which is his goal in life,” Spano told NPM. “One hundred percent of the profits are dedicated to developing and building a medical research center that will be designed to cure MS. Vito’s mission and my mission in life are really driven by personal relationships and a love of another human being that exceeds a normal father-child, husband-wife type relationship. When you know another human being is completely dependent on you, it just changes your whole perspective on life.”

Cardinale’s wife, Linda, suffered from MS for years before she passed away from the disease in 2013 at the age of 53. After her passing, Cardinale donated the Linda E. Cardinale Multiple Sclerosis Center at CentraState Medical Center in Freehold, New Jersey.

“Linda was completely disabled for many years, and Vito cared for her all those years until her passing,” Spano said. “During that time, he was trying to cure it to help his wife. She passed and he continued his work, and then his daughter was diagnosed with MS, so now he’s completely committed. Vito is a lot like myself in that I raised a child that’s quadriplegic and non-verbal and had no ability to manage any of her activities of daily living. You come to a different understanding on human value and relationships.”

Spano’s daughter has cerebral palsy, and he has committed much of his life to her physical, mental and emotional care.

“There’s a personal life commitment, a sense of a true mission when you have a loved one that’s suffering from one of these diseases,” Spano said. “Vito cared for his wife for many years in a similar capacity. I think Vito’s life mission to cure MS has put in him a desire to put all of his God-given gifts for entrepreneurship and business into his mission of curing this terrible disease.”

Business with a higher purpose

Spano operates several clean energy companies that focus on storage paired with solar, both in microgrid applications and Virtual Power Plants (VPPs), as well as C&I and utility-scale solar development. Spano Partners’ subsidiary companies, including AboveGrid Solar and Spano Solar Enterprises, among others, continue to maintain a rolling pipeline of clean energy projects.

Spano is also the founder and president of the New Jersey Solar Grid Supply Association (NJSGSA), a director of the Mid-Atlantic Solar Energy Industries Association (MSSIA), and a board member of the International Battery and Energy Storage Alliance (IBESA).

But the driving force behind Spano’s work is his mission to help people with disabilities, with his philanthropic efforts spanning several continents.

After a major earthquake pummeled Haiti in 2010, the Spano Family Foundation donated a solar shipment to a local hospital, which now has the energy it needs to care for a quarter million remote villagers. Other donations include an air conditioned therapy center for people with disabilities in Baja, and solar systems atop both an orphanage and a home for widows and the elderly in India. Subsequent power savings from the systems have enabled the orphanage to double the amount of food provided to each child.

“I’ve spent all of my career focused on helping people with disabilities because of my family situation,” Spano said. “Vito has focused himself on the one disease that his daughter Connie has and is trying to cure it. Cerebral palsy is not curable. It’s something where you can help the quality of people’s lives, but you can’t cure it. MS is actually curable, and Vito has scientists and doctors all over the world that he supports that are supporting this effort.”

The cure potentially lies in the ability for doctors to study the brains of MS patients within hours after death, with Cardinale developing a process that would bring top researchers and doctors from across the globe to collaborate simultaneously on real-time research.

“It’s not just building a building and bringing scientists and doctors into the building,” Spano said. “It’s also a matter of organizing so that Stanford, Yale, Harvard, the Mayo Clinic, Johns Hopkins–all of the major medical centers are able to receive the information. He’s got the top doctors and experts all over the world just waiting for this center to be built so they can flip the switch and turn on all this research that is currently unavailable.”

Powering New Jersey’s largest real estate development is no small feat, especially given the state’s congested grid. But powering it with renewable energy would take nothing short of a miracle.

“One of the problems we have in New Jersey is power,” Spano said. “We have closed and congested circuits all over the state. So to try and run a huge project like this on renewables–the infrastructure simply can’t handle it. It can’t handle it for a traditional development, never mind a huge development like this. When the developer went to look at the power requirements for all these uses on this site, we soon discovered that they needed five times the amount of power that’s available through the current substation.”

That amount of power, says Spano, would require the construction of a brand new substation–to the tune of USD 30-40m.

“That’s an expense that a project just can’t absorb,” Spano said. “Typically, the project would absorb that expense and then as other people start developing projects that need power from that substation, they reimburse that first developer that paid for it. The problem is, when he pays for this substation, all of his uses–all of these hotels and domes and stages and ball parks–all that power is renewable. So you spend the USD 30m but you never get it back because they’re not paying into the grid for the grid to reimburse you. We have a state that says we want everyone to go green–in fact, we mandate that you go green–but there’s no way to reimburse you. Obviously the state needs to address this.”

In 2019, New Jersey laid out its Energy Master Plan (EMP), a comprehensive commitment to greening the state’s energy system, including electricity generation, transportation and buildings. The plan calls for 100 percent clean energy by 2050 and a reduction of greenhouse gas emissions by 80 percent below 2006 levels.

Spano has been participating in ongoing conversations with the Governor’s office, policymakers and stakeholders around the challenges the state’s grid currently faces.

“They understand the problem, but changing the way utilities operate is not that simple,” he said. “The state has to come up with a way to have the utility build a substation and not put that expense on the developer and expect the developer to get ratepayers reimbursed when the state is pushing a policy that prevents the reimbursement. So we’re having those conversations.”

The microgrid and CHP plant, which will help mitigate the need for a substation, aligns well with the state’s plan to significantly reduce carbon emissions, as well as lowering costs of energy consumption.

“It’s a very cool way to provide a baseload with the most environmentally-sensitive approach,” Spano said. “Once the state gives us battery incentives and makes battery storage start working, that will be a whole game changer. Then we can actually start looking at carbon-free.”

Besides lowering emissions, the project is expected to serve as a major economic driver, creating jobs and revenue for Jackson Township and surrounding communities.

“The project is really focused on bringing positive change to the environment, but more importantly to the communities,” Spano said. “Opening up a sports arena and having the profits redirected into curing a disease–I can’t think of anybody that wouldn’t be willing to spend those extra few dollars knowing that they’re contributing to curing a disease. I think that’s one of the most admirable missions that a person can have. And it’s my pleasure and joy to be able to participate in establishing an environment with significant carbon reductions, where we’re providing all the traditional benefits of power from a microgrid that goes to local communities.” 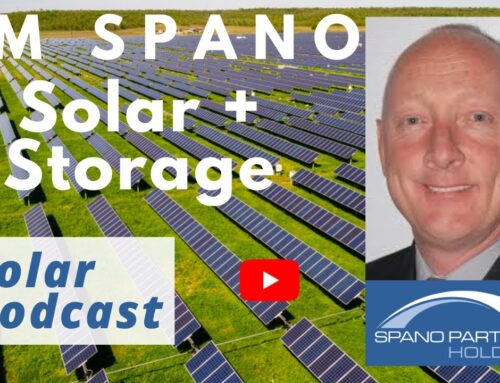 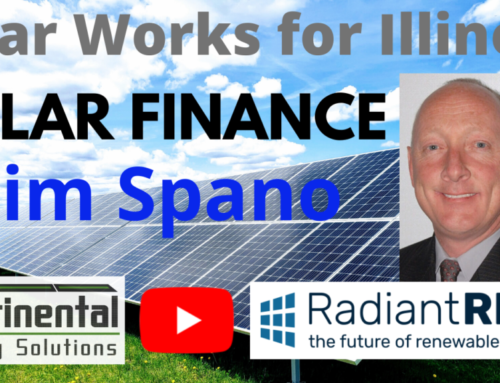 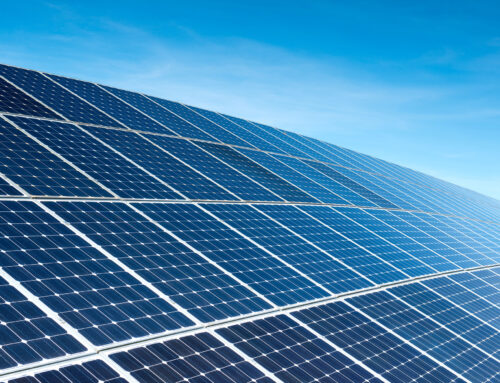 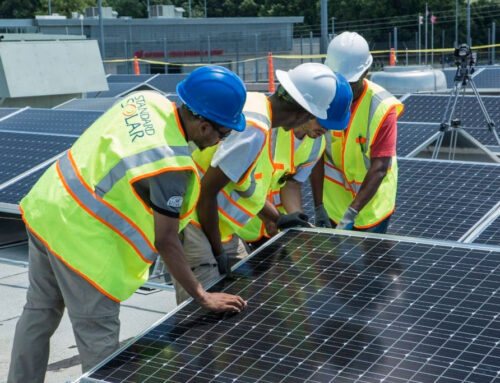